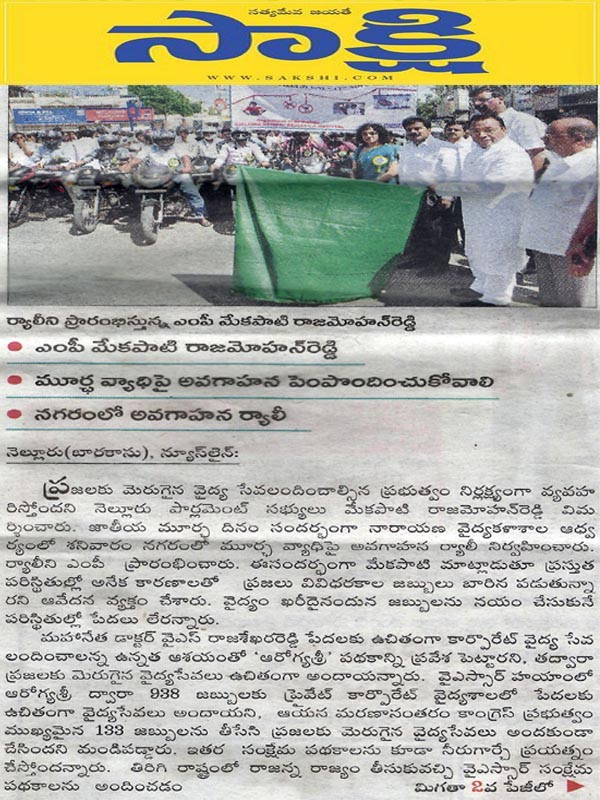 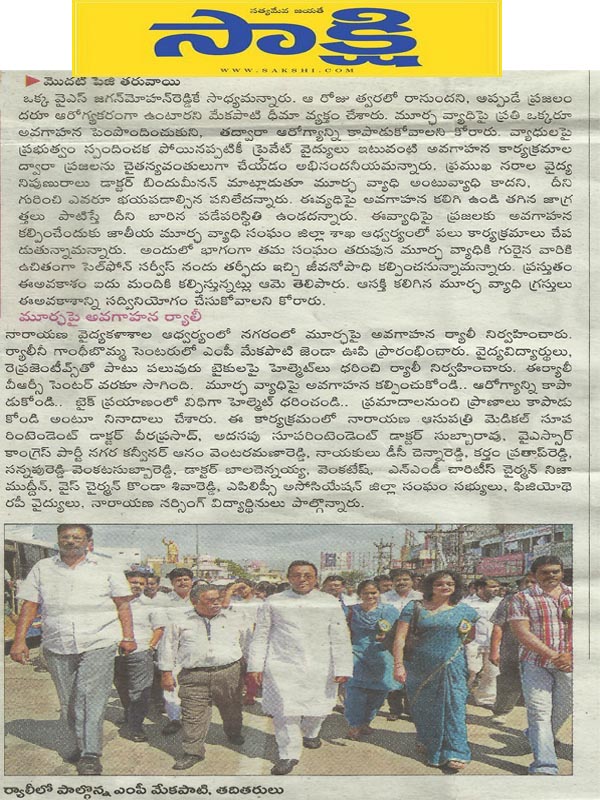 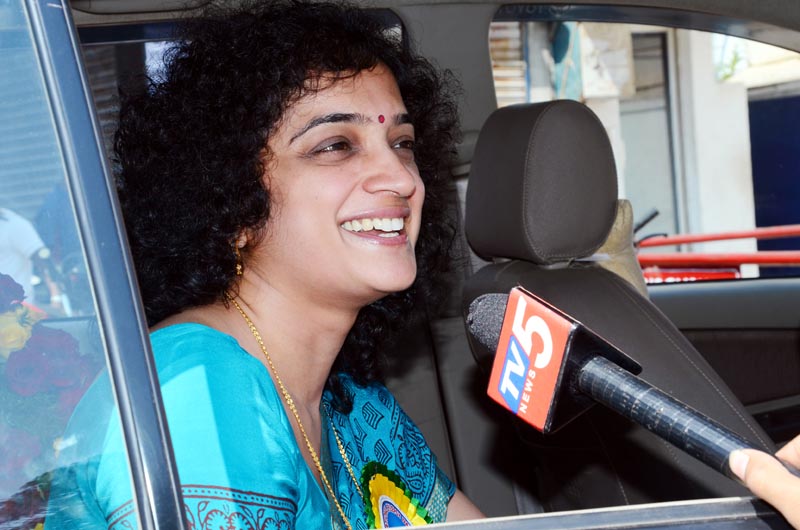 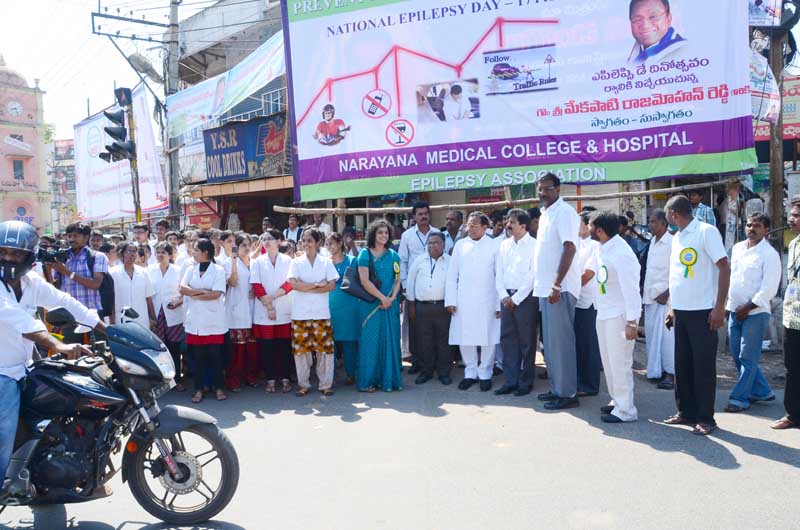 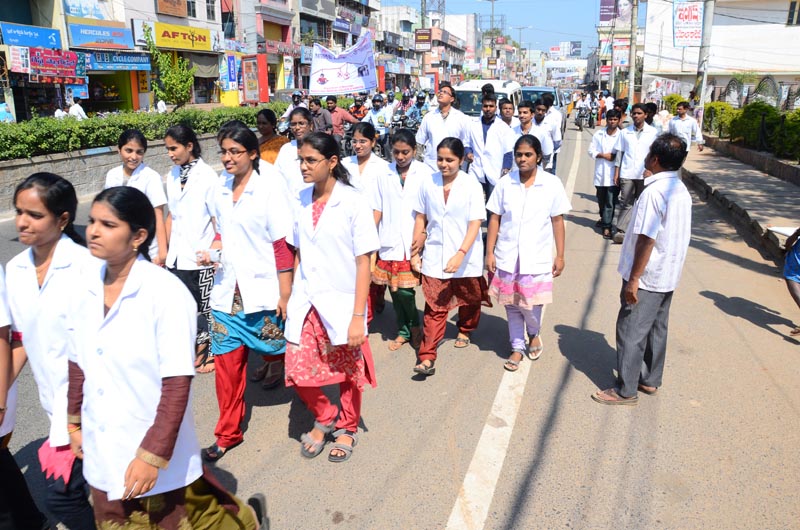 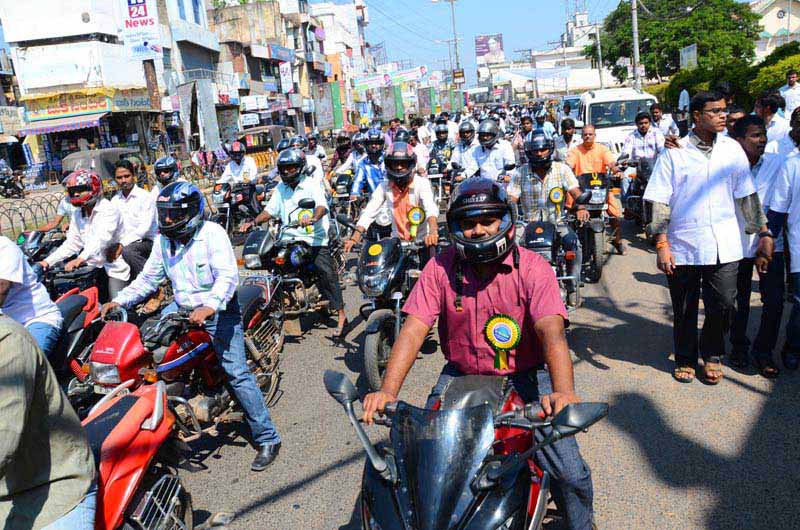 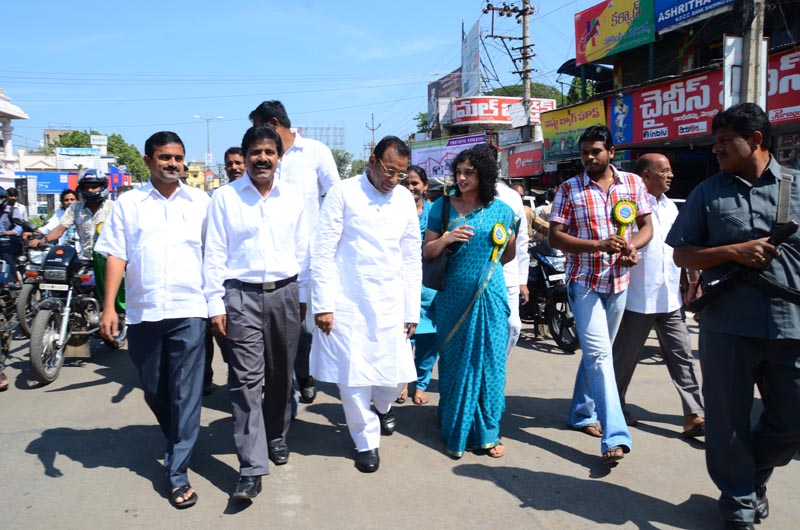 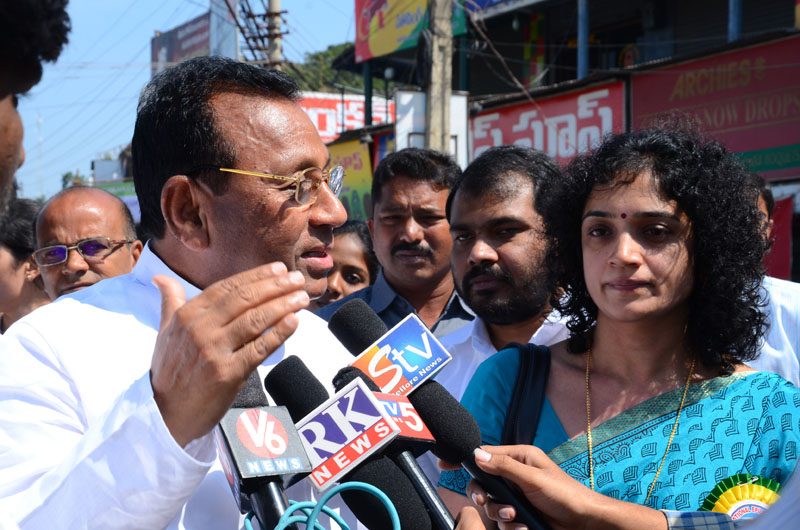 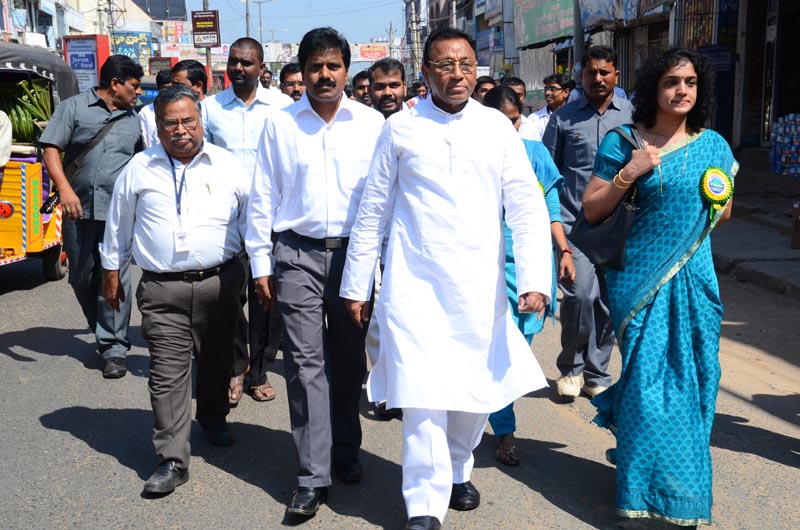 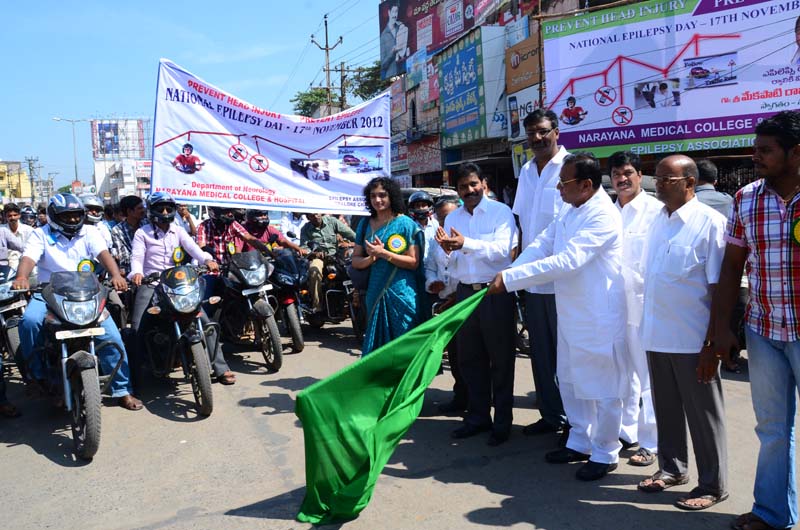 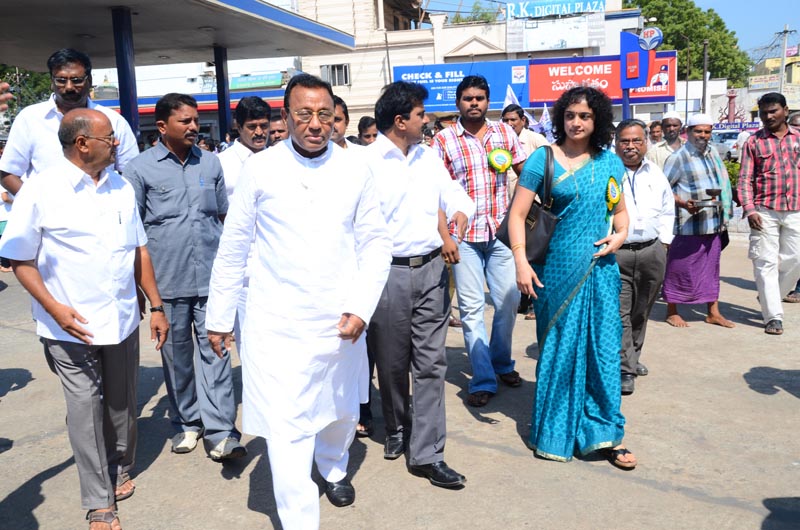 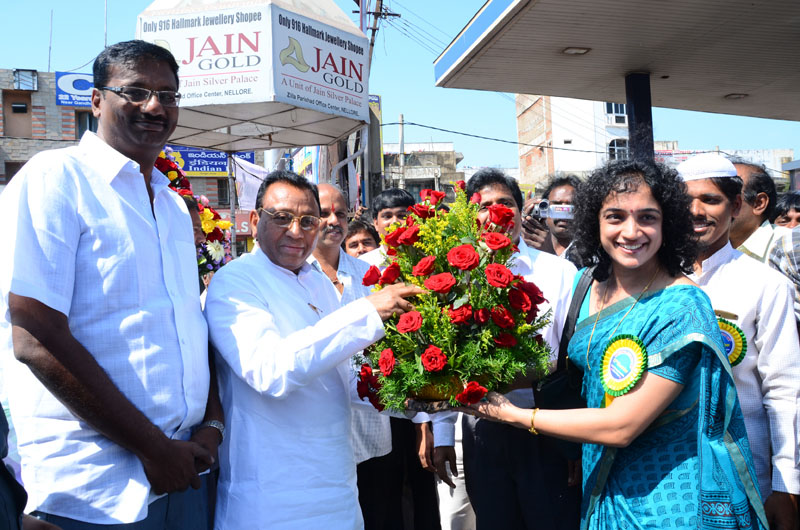 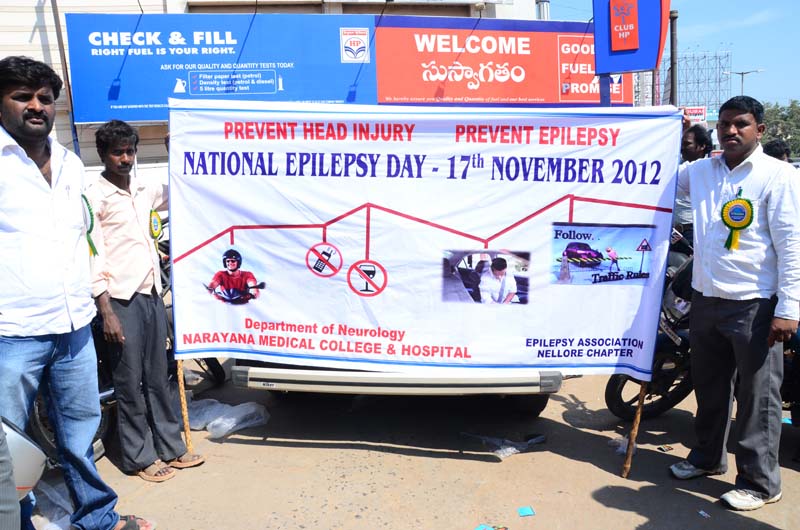 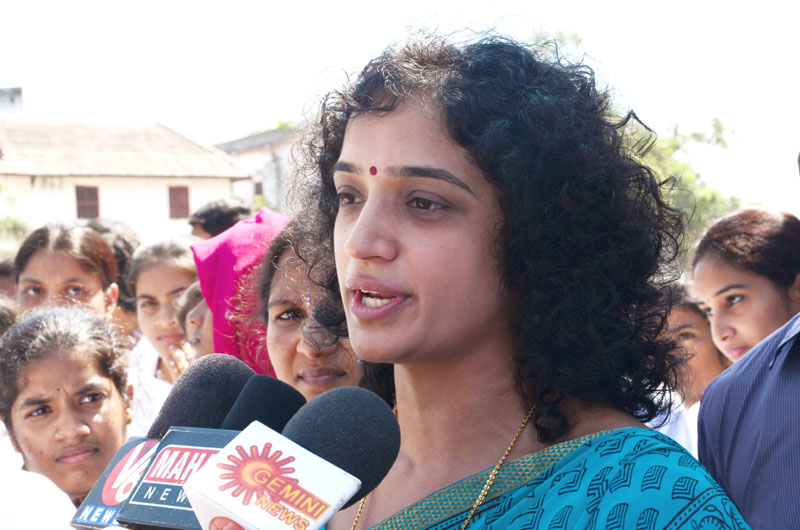 National epilepsy day was celebrated on 17th Nov 2012. The theme for this year was epilepsy and empowerment. A project which was sent to International Bureau for Epilepsy under the promising strategy programme has been approved. 5 persons with epilepsy will be taught cell phone repair and then given the basic infrastructure for their livelihood. Advertisements regarding the same were put in the local newspapers. Another theme ‘PREVENT HEAD INJURY PREVENT EPILEPSY’ was propagated on the day. Flexes depicting follow traffic rules, use of seat belts while driving, avoid drink and drive, don’t use cell phone and wear helmet while riding two wheelers were placed in strategic locations. The Epilepsy Association Nellore chapter members, students, well wishers all joined the campaign. Hon. Member of parliament MR. Mekapatti Rajmohan Reddy flagged the rally. Around 130 people on two wheeler with helmet participated in the rally. Hon. MP along with members walked the whole distance. The concept and the event were covered by all local news channel and local news papers. A painting competition was held on the primary school where the same poster were depicted essay competition with the topic my Nellore city – my vision of a accident free city was conducted in 3 junior colleges students participated with enthusiasm.